From Liverpool With Love 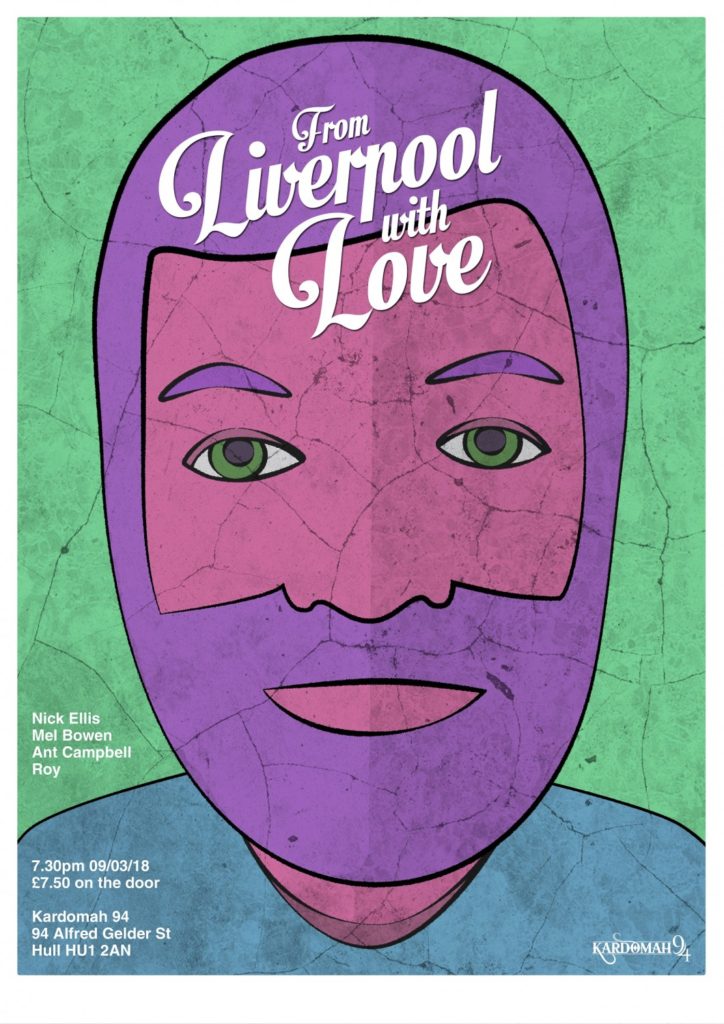 Brought together by Russ Litten this is an evening of music and spoken word including:

Nick Ellis is dedicated to the concept of “Song” and “Melody”. Some people call it folk, some just call it good old fashioned song craft. Currently based in Liverpool, Ellis blends streetscape narrative-noir with a classic British acoustic approach. Using a blend of rhythmic attack and finger-quick lucidity, his sound has been described as “a conversation between Elvis Costello and John Martyn.”

Adult Fiction is the latest album release from Ellis – his third in the space of two years – following the streetscape narrative-noir debut of Grace & Danger (April 2016) and its surrealist-folk follow-up, Daylight Ghosts (November 2016).