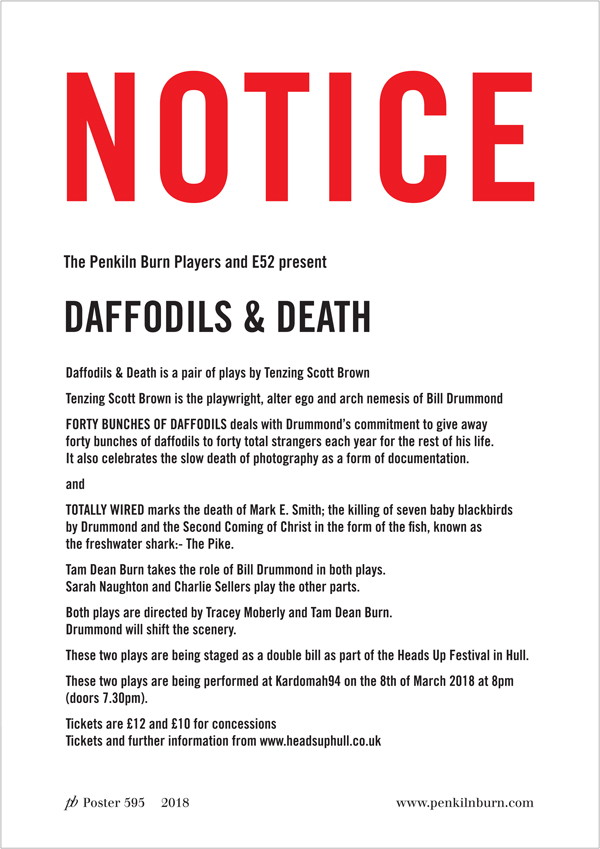 Daffodils & Death are a pair of plays by Tenzing Scott Brown

FORTY BUNCHES OF DAFFODILS deals with Drummond’s commitment to give away forty bunches of daffodils to forty total strangers each year for the rest of his life. It also celebrates the slow death of photography as a form of documentation.

TOTALLY WIRED marks the death of Mark E. Smith; the killing of seven baby blackbirds by Drummond and the Second Coming of Christ in the form of the fish known as the freshwater shark:- The Pike.

Tam Dean Burn takes the role of Bill Drummond in both plays.

Sarah Naughton and Charlie Sellers play the other parts.

Both plays are directed by Tracey Moberly and Tam Dean Burn.

Drummond will shift the scenery.

These two plays are being staged as a double bill as part of the Heads Up Festival in Hull.