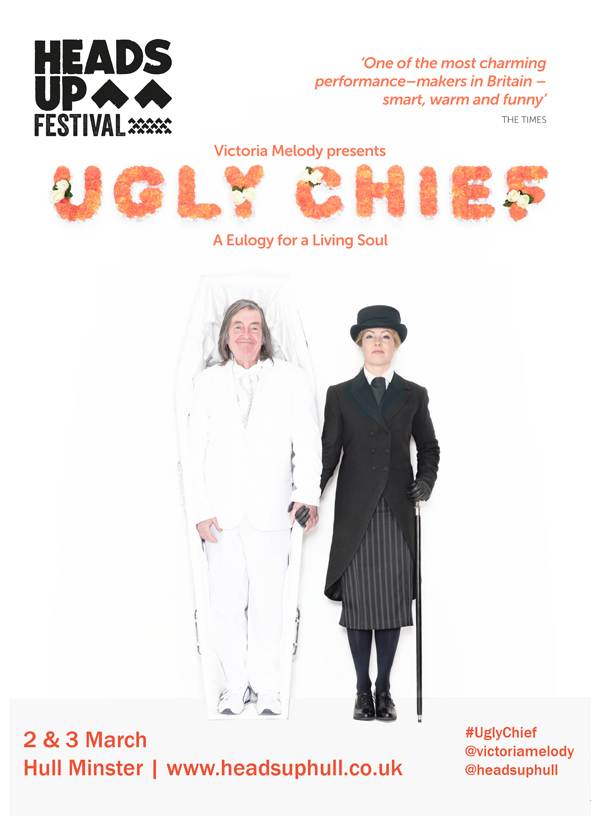 Heads Up Festival, now in its tenth season, is making a return to Hull Minster.

The festival previously sent ripples through the historic church – then Holy Trinity – with Made In China’s Gym Party at the first-ever Heads Up Festival in 2013.

Hull Minster, now transformed after three phases of renovation work that have transformed the 700-year-old structure into a high quality performance and arts venue as well as a continued place of worship, played host to the Turner Prize ceremony, Kate Tempest, Substance Live and other events during Hull’s year as UK City of Culture in 2017.

Five years on from Gym Party and ten Heads Up festivals later, Hull Minster will play host to Victoria Melody’s most ambitious show to date.

E52’s Dave Windass said: “We’re delighted to be returning to what must be the most dramatic and awe-inspiring building in Hull. It’s such a beautiful space in which to present work, the transformation of the interior is wonderful and we’re very proud that Heads Up Festival is going back to where it all started 10 festivals ago.”

Ugly Chief is a comedy based on true-life events, performed by a real-life father and daughter, as Melody teams up with her dad, TV antique dealer Mike Melody. This is also Victoria’s return to Heads Up after going down a storm previously with Major Tom.

In 2013, Mike was diagnosed with Motor Neurone Disease and given five years to live. Victoria was put in charge of planning the funeral (complete with eulogies, a New Orleans jazz procession and a congregation dressed in Blackpool FC tangerine). But a year later the doctors realised they had misdiagnosed Mike.

Victoria and Mike decided to go ahead with the funeral anyway and Victoria went to Port Talbot to train as a funeral director. Ugly Chief plays out two funerals – the one Victoria planned and the one her dad really wanted. And Mike is guest of honour at both. As the show unfolds, it unpicks the complicated relationship with a parent whose opinion you don’t always agree with.

Mike will be running his own version of the Antiques Roadshow during the show. The audience are invited to bring along their heirlooms, curiosities and collectables for him to value during the show. No promises but if he likes it, he might even buy it!

Victoria Melody is an award-winning British artist with a background in fine art. She has made one-woman theatrical shows, performance interventions and films mainly about Britain’s pastimes, passions and tribes. Fascinated by anthropology, she immerses herself into communities and becomes an active participant in their rituals as research for her work. In the past she has become a pigeon racer, a Northern Soul dancer, a championship dog handler and a beauty queen.

Musicians James Gow, Steve Pretty (Hackney Colliery Band), Kieran Rafferty and Gemma Storr provide the appropriate live accompaniment for the funeral – including Soul classics and more. They will be joined on stage by a band of brass players from the Hull area.

Ugly Chief is at Heads Up Festival on March 2 and 3.