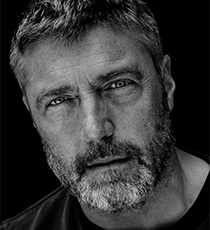 Heads Up Festival is delighted to announce that Hollywood actor Vincent Regan will be joining us at the Heads Up Introducing… event on Tuesday 17 October.

Previously, playwright John Godber and Hull 2017 supremo Martin Green have taken part in the evening, which sees a leading cultural figure talking about their life in the arts and the film that has influenced their creativity.

Regan is no stranger to the world of film, of course, and he is best known for his roles in 300, Troy, Unleashed, Clash of the Titans and Lockout. We look forward to welcoming him to the ninth Heads Up Festival. His film choice will be revealed on the night and then we’ll screen it, with Vincent in the audience watching with us.

To book tickets (£8) for this event, which starts at 7.30pm, visit www.hull2017.co.uk/browse/heads-up-introducing/