‘What keeps you awake at night, Stacy Kay?’

A one woman storytelling show about four people who can’t sleep at night in a Northern UK city.

Inspired by Dylan Thomas’s ‘Under Milk Wood’ and Nan Goldin’s ‘The Ballad of Sexual Dependency, Ullyart and Mahaffey chronicle the lives of four characters through original portraits created in Hull and London in May 2017.

Together they explore a generation’s struggle for identity, intimacy and escape in modern Britain in this intimate and poetic visual treat.

Tweets from their 4**** run at Edinburgh Festival:

“Fantastic show – the hidden gem of the fest for me.” – @clareprenton

“Such beautiful writing with a heartfelt performance.” – @Carlavds21 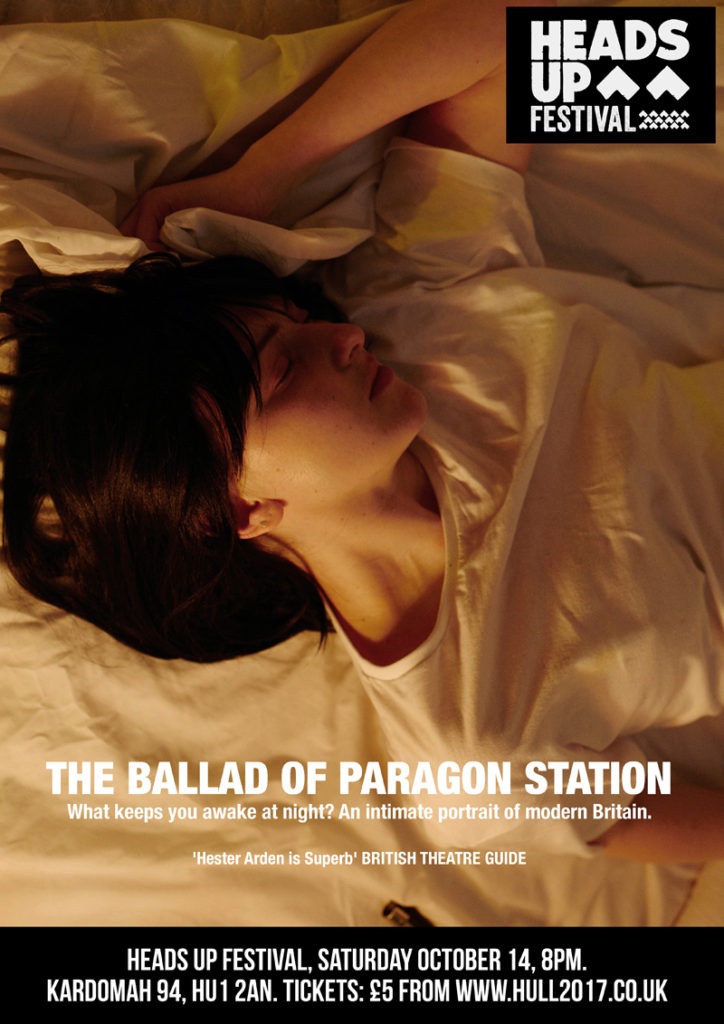