Heads Up Festival’s autumn 2018 season will take place from September 12 – September 22 at various venues, including Kardomah94, the University of Hull and Hull Central Library.

The festival will include the return to the festival of new E52 production Pale Blue Dot (September 12-14) at Heads Up’s festival hub Kardomah94, as well as the groundbreaking productions Foreign Radical (September 21-22) at the University of Hull and Ground Control (September 22) at Hull Central Library.

This season also sees the return of cross-discipline arts collective What Is? and their latest collaboration will be unveiled at a stunning secret location on September 16. Further events at the festival will be announced in the weeks running up to the opening on September 12, providing audiences with the usual heady mix of events, panels and workshops that has cemented Heads Up’s reputation as the home of brave and brilliant performance.

Andrew Pearson, artistic director of festival producers E52, said: “As ever we’re delighted and proud to be able to bring such a wonderful selection of work to the city. We present work that is innovative and of a consistently excellent standard and look forward to welcoming audiences old and new to what is on offer this September.”

Pale Blue Dot returns to Hull after recent successful performances at Blue Dot Festival, Jodrell Bank. It is written by Dave Windass and directed by Andrew Pearson. The play combines live performance, original music by The Broken Orchestra, animation and graphic novel artwork, the latter being created by illustrator and E52 collaborator Gareth Sleightholme. Pale Blue Dot will be performed by Sarah Brignall and is set in a future when the next ice age is hitting Earth and humanity looks set for extinction. Only main character Aiko appears to have survived a series of catastrophic events and has set sail in a makeshift boat. She makes an unlikely friend in Toru.

Writer Dave Windass said: “The premise might sound somewhat grim – the end of the world, as we know it – but Aiko’s journey sees her coming to terms with having to begin again and not repeating the mistakes of previous generations. Audiences at Blue Dot embraced the storytelling that we combine with a host of other elements in what is a genuinely collaborative piece of work. Gareth’s artwork is incredible and, having collaborated with him previously (on Revolutions) it’s been great to work together again with someone of his undeniable talent. The Broken Orchestra’s music is sublime and, again, we’re really pleased that they’ve provided us with such a stunning contribution to the play. Pale Blue Dot is, first and foremost, a piece of entertainment but there’s a serious message at its heart. We’re all really excited about bringing the show back to Hull.”

Canadian company Theatre Conspiracy‘s critically acclaimed Foreign Radical will be presented at the Gulbenkian Centre at the University of Hull. The work invites 30 participants into an intriguing theatrical game that explores security, profiling, freedom of expression, and privacy in the age of cyber surveillance. Mobile throughout the performance, the participants collaborate, compete, investigate, debate, and spy on each other.

A recipient of a Jessie Award for Critics’ Choice Innovation, Foreign Radical is an interactive, multimedia experience with multilingual elements in Farsi and Arabic. Each performance is unique in that the audience dynamic influences the outcome.

Developing Heads Up’s strand of work for younger audiences, non zero one‘s Ground Control, which will take place in the Children’s Library at Hull Central Library, is a unique interactive performance for 7–12 year olds. Using a giant projection screen and a live, highly intelligent computer (Futuretron), young audience members will be part of a team deciding on an identity for the planet, its laws and values.

Andrew Pearson added: “All three of the pieces of work that are the core of this season’s festival are an essential contribution to current debates about the future we want to create. They are all vital, innovative and groundbreaking, as well as incredible entertainment. We are very excited about what September holds for our audiences.”

Dave Windass added: “This is the eleventh Heads Up Festival. Over the course of ten previous festivals we have demonstrated that we are about bringing the very best work to the city, and presenting that work in unique surroundings. We’ve given audiences one hell of a ride since we began and September will be no different for those bold enough to join us.

“Funding is in place for our 12th festival in March 2019 and we’re working hard to ensure that the festival continues beyond that. Right now, of course, we’re focused on September and know we’ve got some very special work on offer that will make people laugh, cry, think and take action. This is work that not only thrills, entertains and sends shivers down the spine but that makes a difference.”

Heads Up Festival is produced by E52 in partnership with Battersea Arts Centre. 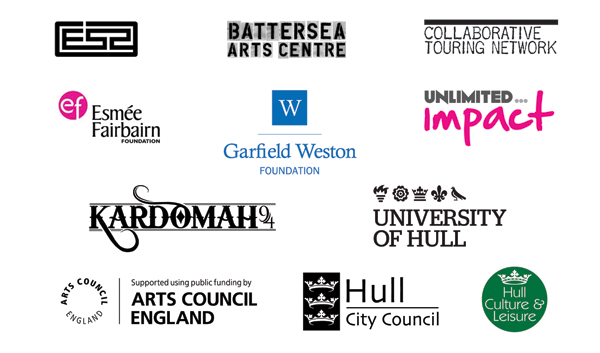