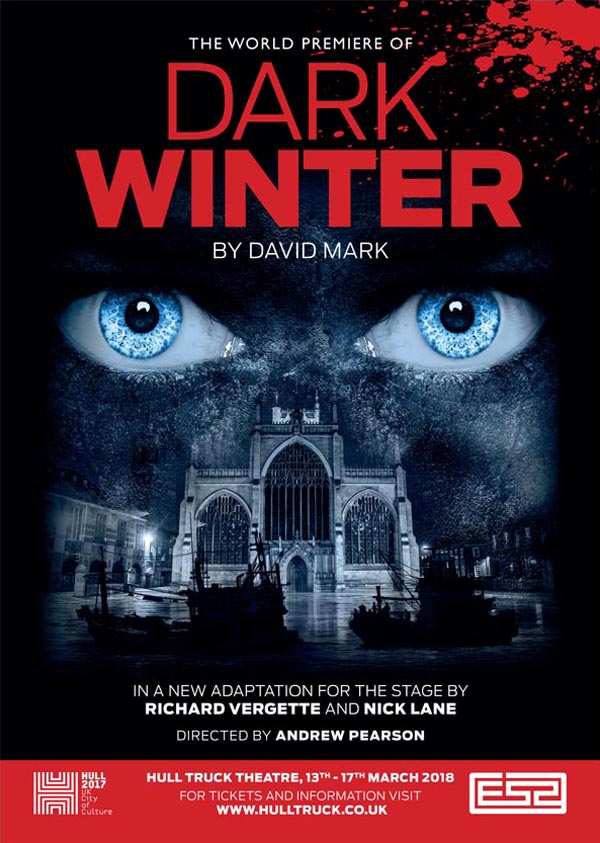 The book has been adapted by playwrights Richard Vergette (Dancing Through the Shadows, As We Forgive Them) and one of the most performed playwrights in Hull, Nick Lane (The Strange Case of Dr Jekyll & Mr Hyde, My Favourite Summer), and will be directed by Andrew Pearson (A Steady Rain, Great Expectations). The cast includes Rachel Dale, Peter McMillan, Laura Peterson, Dave Schall and Amy Thompson.

Playwright Richard Vergette said: “Adapting David’s best selling novel has been challenging and exciting. Nick Lane and I have had to encapsulate the plot of a complex thriller into a two hour stage show. It’s a fast moving tale of twists and turns against the background of the city of Hull. We’re really pleased with the outcome and believe the many fans of Detective Sergeant Aector McAvoy will be too.”

An ex-trawlerman from east Hull, an adopted teenager from Hessle and an arsonist from Orchard Park are all unknown to one another and all, apparently, unconnected victims of brutal murders. But Detective Sergeant Aector McAvoy reckons there’s a link. Trouble is, when you blow the whistle on your boss, however corrupt, no one listens to a grass. They should. Because if they don’t, the list of victims will only get longer. And, for McAvoy at least, much, much closer to home…

David Mark said: “It’s all a wonderfully surreal experience. Dark Winter started out as a vague, grisly idea that first exploded into some kind of life while I was sitting in a manky little newspaper office on Ferensway and writing about other people’s successes while gnashing my teeth about my own failure to become a novelist. Ten years on, I still can’t quite believe I have become a bestselling author (and I’m sure lots of other people can’t believe it either) but to have my work adapted by people I trust and admire, and for it to be staged at a theatre where I have had so many wonderful experiences, in a city that inspires me, feels rather splendid.”

Andrew Pearson said: “David Mark’s Dark Winter is a tightly plotted piece of crime fiction. The author battled for a long time to ensure that his story could be told as he intended – set in Hull. The writing is as original and absorbing as we like our theatre, and in Richard Vergette and Nick Lane, Mark has found the perfect team to adapt his words for the stage.”

This production is supported by Hull 2017. E52’s season of work for 2018 will also include Pale Blue Dot, which will be presented at Blue Dot Festival in July 2018 before returning to the city in late 2018 as part of the nationwide Season For Change.

Dark Winter will be performed at Hull Truck Theatre from March 13-17 and tickets are available from the Hull Truck website.

For more information about Heads Up Festival visit www.headsuphull.co.uk